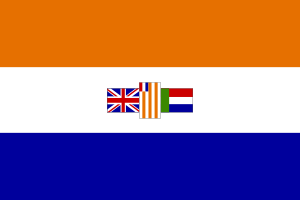 Apartheid is an Afrikaans word meaning 'apartness', Apartheid was a National Party ideology and was legislated into South African law in 1948. It was explained to the international community that it was supposed to give all racial groups equal development and freedom of cultural expression. But in reality it was not like that.

Apartheid laws enforced unequal development of the different racial groups in South Africa. All inter-racial marriages were deemed illegal, also socialising of different races were discouraged. In essence, Apartheid was a social system that benefitted the white minority and oppressed the overwhelming black majority. Apartheid was no different than the segregation system before the Nationalist Party came to power in 1948, the difference being that Apartheid was written into law.

At the time, that is the post 2nd world war era, the rest of the world were moving away from its racial policies. Before the war the Western world were not as critical of racism, well Africa was being colonised at the time. The 2nd World War highlighted the problem of as there was a genocide of Jews happening in Europe. These ghastly acts in Europe made the world realise the problem of racism, also encouraging decolonisation. It was at the backdrop of this context that the Nationalist Party of South Africa legislated the rigid policy of Apartheid.

It is at times flabbergasting as to think “why such a policy”. The reason can be found in racial supremacy and fear, these sentiments are to be found in all racial groups. In South Africa whites were the minority, they feared losing their culture and jobs, this was their mentality. But of course, one can never justify Apartheid.

A couple of laws that were the backbone of Apartheid:

Citizens of South Africa had to be registered according to their racial group. Government had a record of people according to whether they were white, coloured, black, Indian or Asian. All different racial groupings were treated differently, in favour of the governing whites. At times it was not easy to decide what racial grouping an individual was, thereby creating a dilemma.

This act created physical separation between races. The act allowed the removal of people into areas set aside for their racial group. An  example were the people of District Six, who were located to places on the Cape Flats (Manenberg, Heideveld, Mitchells Pain).

A small portion of South Africa was left for black people to establish their 'homelands'. A lot of black people were removed from areas as to make way for whites. District 6, Sophiatown are well known forced removals. People from these places were placed in townships, they could not own property, only rent from white owners. This act caused a lot of resentment in South Africa, it caused hardship on many as people lived far from their work.

Some other important laws were the:

Resistance to Apartheid were universal, the freedom movements had a lot of support internationally.

Many consider the ANC, the most prominent.

Then it was known as the South African Native National Congress (SANNC), a movement for the black intellectual. The ANC (1919) sent a deputation to London to plead for a new deal for South African blacks, the status qua remained the same.

The history of resistance by the ANC goes through three phases.

In 1949, shortly after Apartheid was introduced, they ANC opted for a more militant stance with the youth league at the fore. Nelson Mandela, Oliver Tambo and Walter Sisulu started to play an important role in the ANC in this period. The Defiance Campaign of 1952 called on people to deliberately break apartheid laws and offer themselves for arrest. The idea was that if many were arrested, the system would collapse. Many (8000) were arrested, but the initiative was no match for the Apartheid government. In 1959, the PAC was formed from a breakaway group of ANC members, they opted for a more militant path. They felt that the ANC’s method were not effective. The 3 most important movements that challenged Apartheid were: The ANC and PAC, also the South African Students Organization, which was formed in the late 1960's, also made significant contributions. When the Apartheid State President F.W.de Klerk made his land mark speech to Parliament in 1990, it paved the way for  Apartheid to formerly end in 1994. Nelson Mandela was then elected, by democratic process, as the first black President of South Africa (History online)

The Truth and Reconciliation Commission then was established in 1995, it was important for South Africa to have this commission as to heal from its painful past. Dr. Verwoed, the premier of South Africa (1948), explains the policy of Apartheid.

A Bantustan (also known as Bantu homeland, black homeland, black state) was a territory set aside for black inhabitants of South Africa and South West Africa (now Namibia), as part of the policy of apartheid. Ten Bantustans were established in South Africa, and ten in neighbouring South West Africa (then under South African administration), for the purpose of concentrating the members of designated ethnic groups, thus making each of those territories ethnically homogeneous as the basis for creating "autonomous" nation states for South Africa's different black ethnic groups.

The enforcement of Pass Laws and the reissue of laws that restricted the movement of Black Africans in White areas in South Africa initiated a protest in Sharpeville. The police response to the protest became the primary cause of the massacre. The police assembled and used disproportionate responses to the protest.

Who was Steve Biko? https://www.youtube.com/watch?v=MoNGCSgWQEQ

*The most potent weapon in the hands of the oppressor is the mind of the oppressed.
*Being black is not a matter of pigmentation - being black is a reflection of a mental attitude.
*Black Consciousness is an attitude of the mind and a way of life, the most positive call to emanate from the black world for a long time.http://www.azquotes.com/author/1395-Steven_Biko

The Soweto uprising was a series of protests led by black school children in South Africa that began on the morning of 16 June 1976.

Students from numerous Sowetan schools began to protest in the streets of Soweto in response to the introduction of Afrikaans as the medium of instruction in local schools. It is estimated that 20,000 students took part in the protests. They were met with fierce police brutality. The number of protesters killed by police is usually given as 176, but estimates of up to 700 have been made. In remembrance of these events, the 16th of June is now a public holiday in South Africa, named Youth Day. It is also remembered as the day Hector Peterson died. http://www.sahistory.org.za/people/hector-pieterson

Vlakplaas is a farm 20 km west of Pretoria that served as the headquarters of the South African Police counterinsurgency unit C10 (later called C1). It was first  commanded first by Dirk Coetzee and then Eugene de Kock. Vlakplaas functioned as a hit squad for the Apartheid government, covertly murdering and executing opponents of the Apartheid state. The gruesome truth behind Vlakplaas and Eugene de Kock https://www.youtube.com/watch?v=9Bci8Zmtw8s

The announcement by the Apartheid State President FW de Klerk (1990) to release Nelson Mandela and unban the African National Congress (ANC), Pan Africanist Congress (PAC), the South African Communist Party (SACP) and other liberation movements was received with mixed feelings inside and outside Parliament.

The aim of the TRC was to give the victims of Apartheid a platform as to voice their sufferings and gross human rights violations.

Archbishop Desmond Tutu was the Chairperson of the TRC. He explained:

“Forgiveness will follow confession and healing will happen, and so contribute to national unity and reconciliation.”

The TRC was a forum that was established to deal with political crimes committed during apartheid. 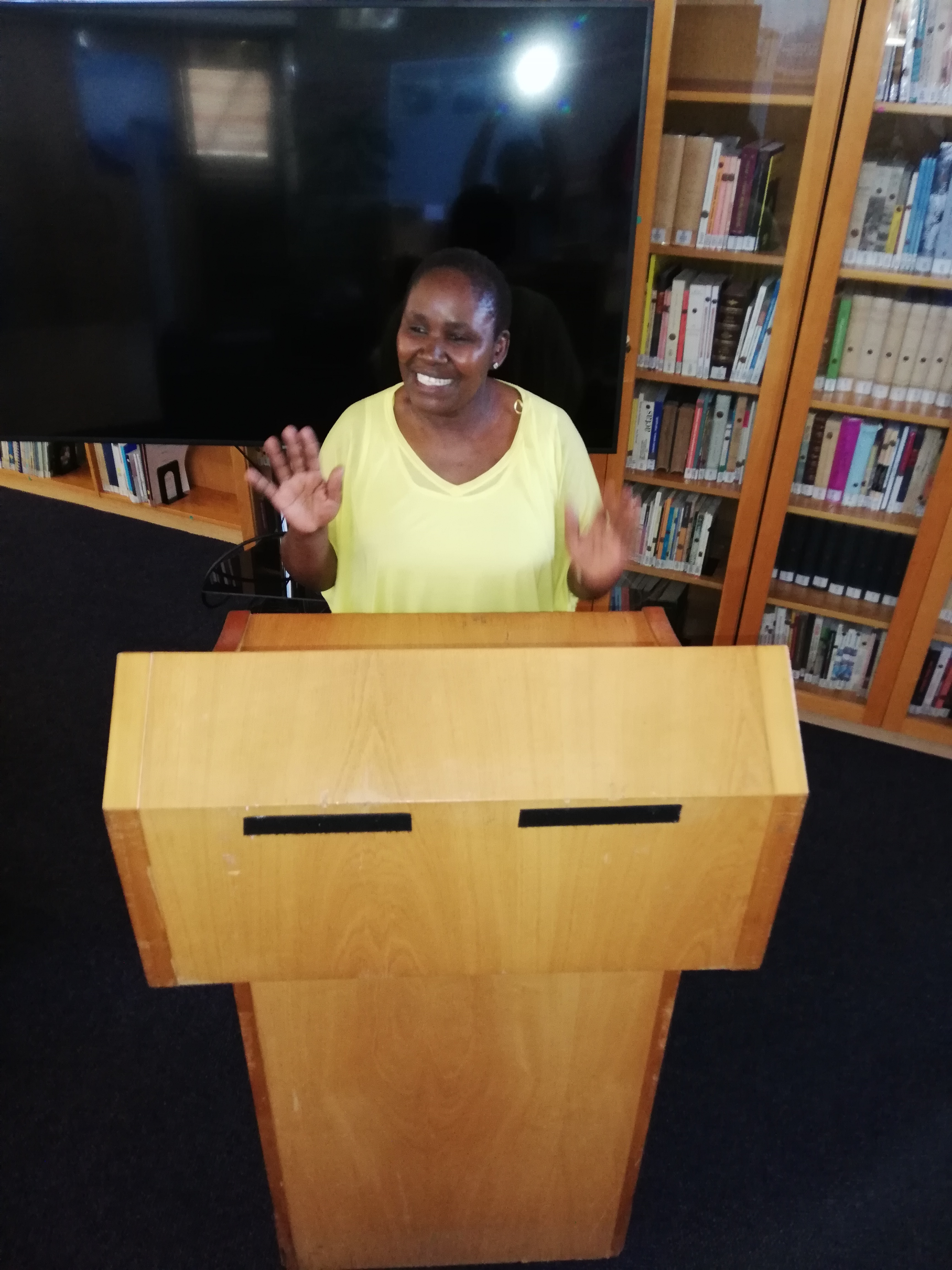 To order material from other libraries

If you need access to journal articles and books not available in the UWC Library, and would like to obtain them from another library, please complete the request form for Books and Theses and Journal Articles. Alternatively, contact the Inter Library Loan (ILL) Section for assistance.